By Don Massey
Historical writings indicate that a group of four men lead by Musgrove Evans, a Government land surveyor, rode horseback from their Tecumseh homestead, the first Lenawee County settlement established in 1824, approached a body of water which they described as the most beautiful they had seen and christened it Sand Lake.  This was in May 1826 approximately three years prior to the first purchase of Government land on the shores of the lake.

Early landowners included John Smith, John Brears (both 1830), James King (1835) and Benjamin Workman (1836) on the east shore,  William Bridge (1835) and Henry Tripp (1831), a Baptist Minister on the south shore and William N. Lyster, an Episcopal Missionary Minister from Ireland who purchased most of the west and north shores (1835-38).  By the 1840s, much of the land around the lake had been cleared for farming.

During this same time two Indian trails were surveyed, improved upon and developed into major turnpikes, Detroit-Chicago (US12) and La Plaisance Bay (US 50), which opened the area to settlers.  A few years later, Irish immigrants left their homeland during the potato famine (1845-50).  Many arrived in the local rolling hills region to acquire farmland. John Monaghan, Edward Nichols, William Egan and James Brighton all purchased Sand Lake Property from Reverend Lyster adding to the creation of the “Irish Hills”.

Travelers were fishing Sand Lake by the later 1800s and it was not long before lake property owners entered the business of renting boats and fishing supplies as well as rooms to overnight guests.  Charles H. Adam purchased an old farm rooming house at the northeast corner of the lake, tore it down and in 1872 built a hotel.  He named it the Sand Lake Hotel and in the mid 1880s, new owners renamed it the North Shore Hotel.

Jesse Pentecost purchased an east shore farm in 1851 and was renting fishing boats and supplies from a water front building by the 1870s.  Josiah J. Putnam bought thirty-five acres of this southeast corner land in 1881 and built a beautiful forty-two room hotel.  The hotel opened July 4, 1882 as the Lake Park House and a few years later he renamed it Hotel Putnam.  The railroad came to the area in 1884 bringing guests from far away locations.  Stagecoaches were also arriving with travelers and both hotels became the center of Sand Lake’s summer activities until the 1920s.  Hotel Putnam burned to the ground July 16, 1928 and not long after the North Shore Hotel was dismantled and the lumber used to build a couple north shore cottages.

In the mid 1870s, lake land owners began leasing or selling water front lots.  Cornelia Panghorn Howland wrote “An Historical Sketch of Sand Lake” shortly after 1900 and stated that there were twenty-eight cottages on the south shore, fourteen on both the north and west shores, seven on the east side and “one standing solitary and remote in isolated beauty independent of any group and several others in contemplation”.  Many were one and two room cabins but others had a second floor with small bedroom windows overlooking the lake resembling a “Michigan farmhouse”.  Most had lake front porches with a cottage name for identification.

The early cottage owners were primarily well to do Adrian families and successful farmers from the surrounding area.  They spent their summers fishing, sailing and socializing at the lake.  The Sand Lake Yacht Club was organized in the 1880s with meetings held in local cottages.  Club members competed in sailing regattas for trophies and “bragging rights” into the 1900s.  Annual sailboat races continue to the present day.

A channel was dredged through the northwest corner swamp land in 1940 and at the end a 30 inch diameter corrugated steel pipe 640 feet long installed to neighboring Iron Lake.  It was dredged a second time in 1960 with the same intent of maintaining Sand Lake’s water level but it also served as a waterway to Hane’s Gas Station, the Colonial Cabin Inn and Shamrock Inn Restaurants located on the main highway (US12).  The pipe still functions to this day but all three businesses closed years ago.

A public fishing site was established on the east shore in 1940 and has evolved into a public access boat ramp developed by the State Department of Natural Resources Waterway Division. The Toledo, Ohio UAW-CIO Local 12 children’s summer camp occupied the Hotel Putnam grounds from 1947 to the 1970s but is now residential property.

Over the years new cottages and homes have been built and presently approximately 350 lakefront and another 50 back lot access home sites are on the lake.  An active Sand Lake Property Owner’s Association has existed since August 20, 1954 with the goal of maintaining the lake’s beauty and supporting activities for the enjoyment of the community.  A sewer system has served the residents since the late 1990s.
​
Sand Lake is a beautiful 440 acre all sports residential lake without commercial businesses on its borders.  It is spring fed with trees covering the picturesque surrounding hills.  Many of the original cottages remain scattered among newer structures providing one of the most attractive lake settings in Southern Michigan.
Photos provided by Dick Merrell & Sonnie Carnahan - Click to enlarge 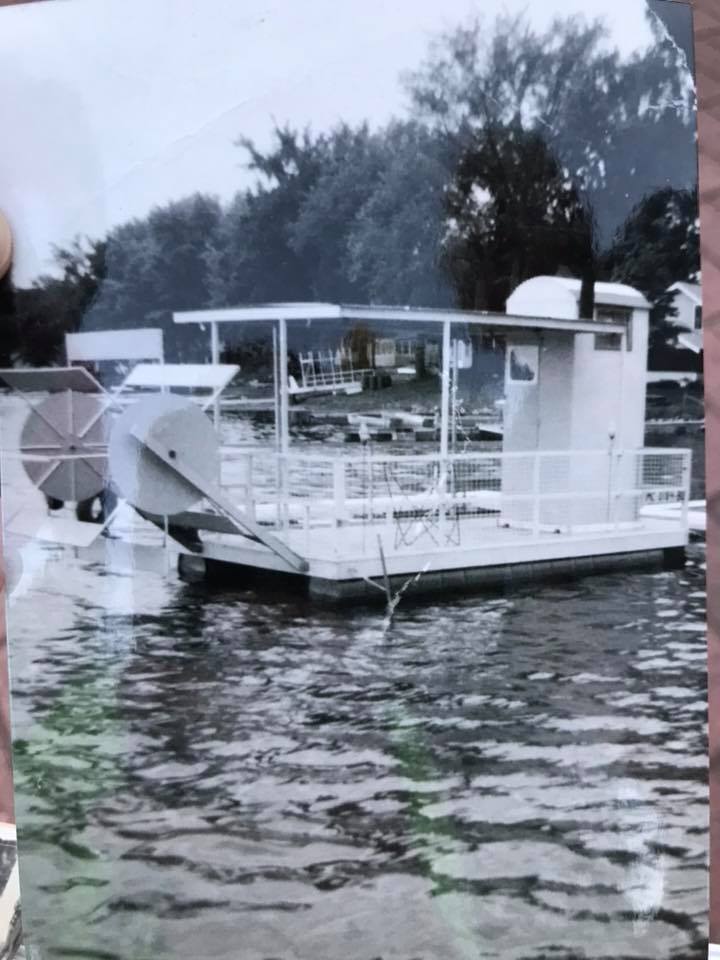 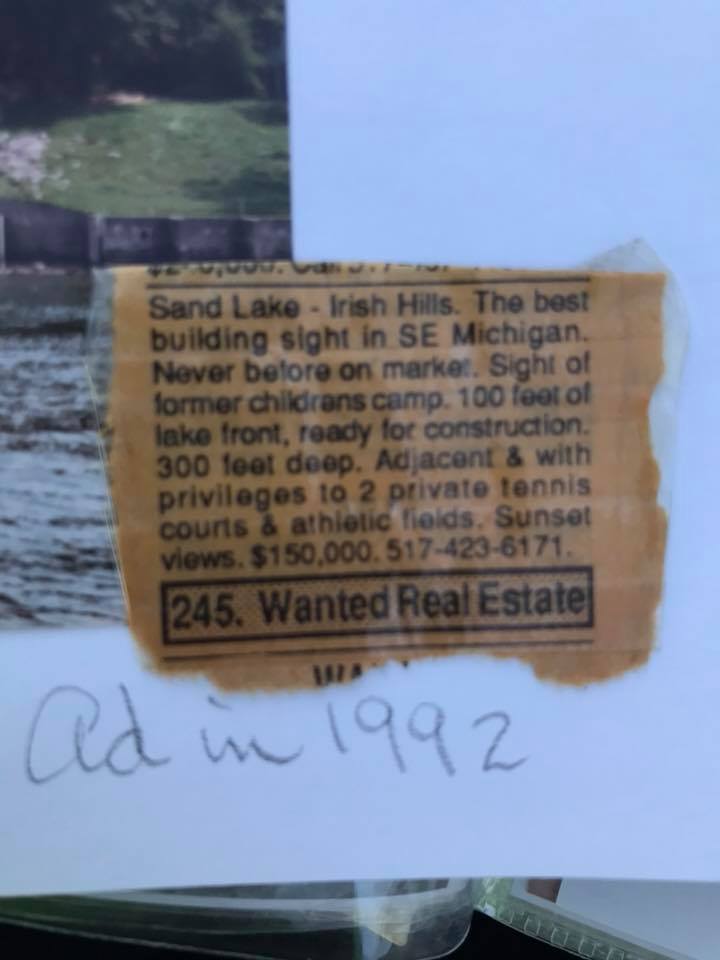 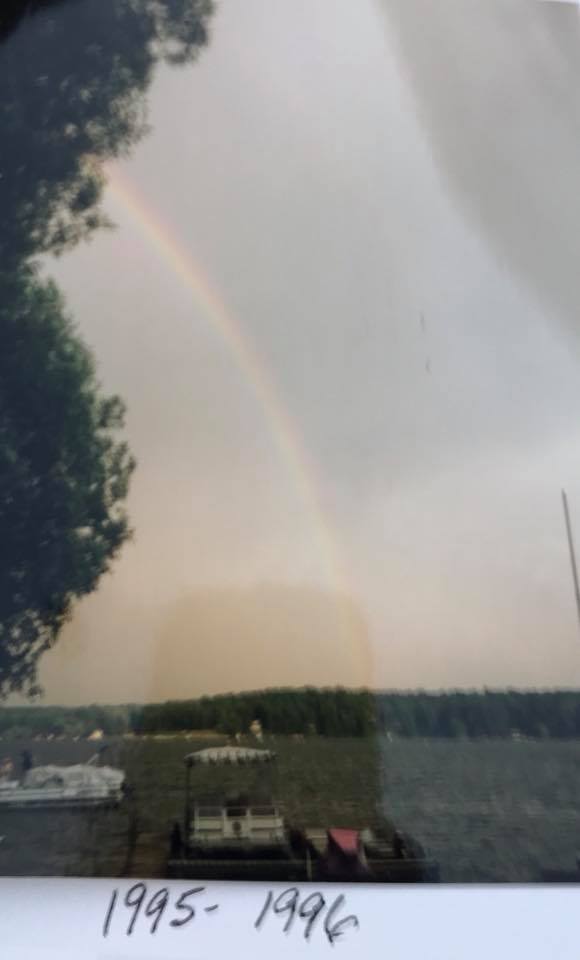 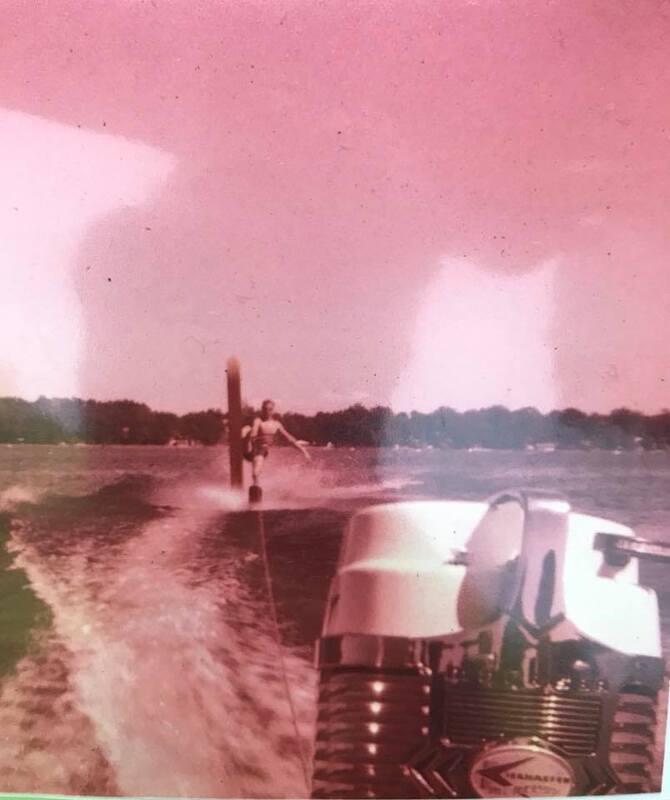 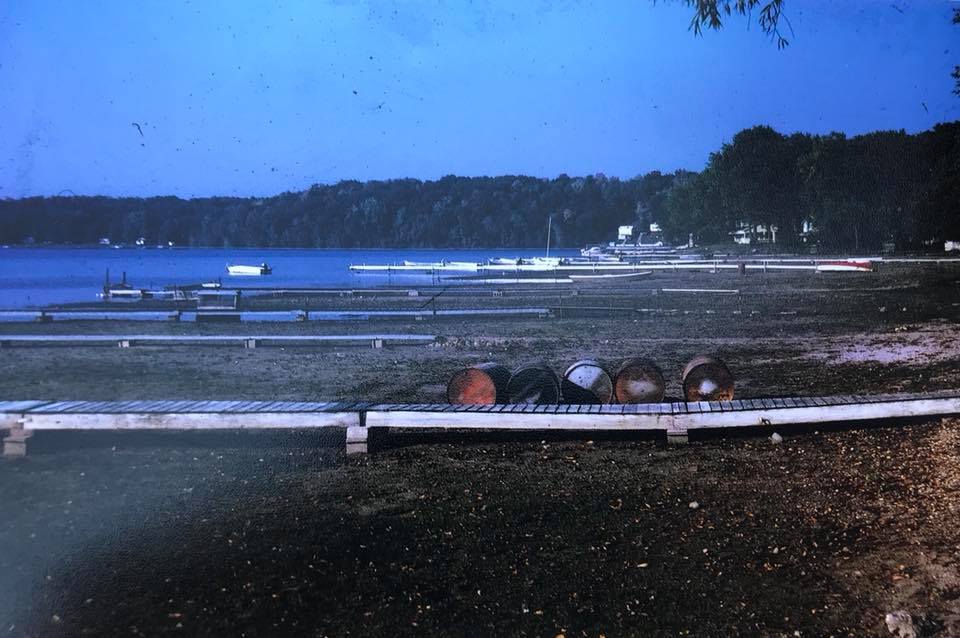 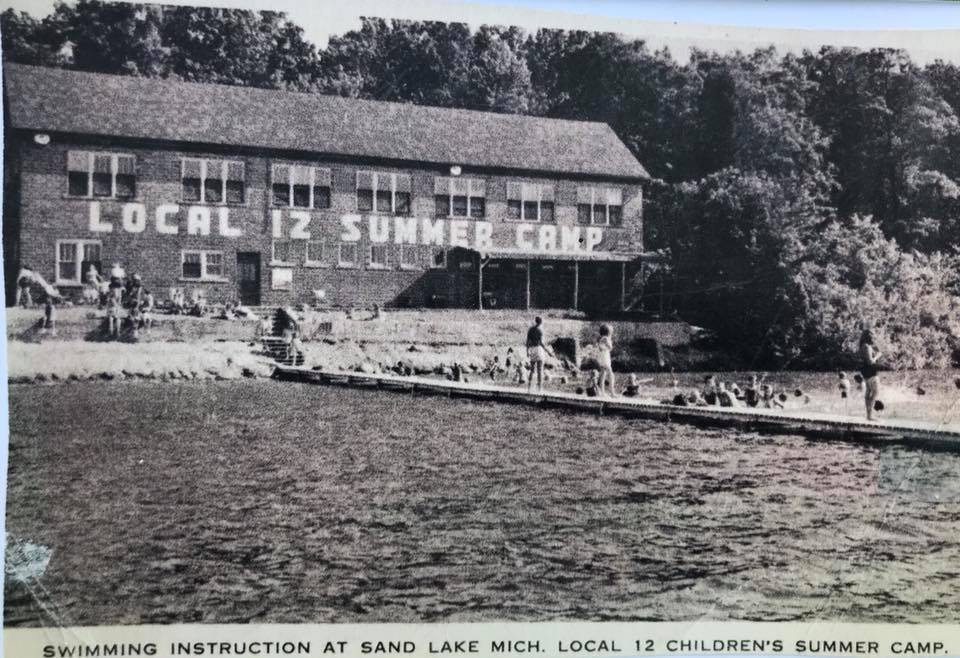 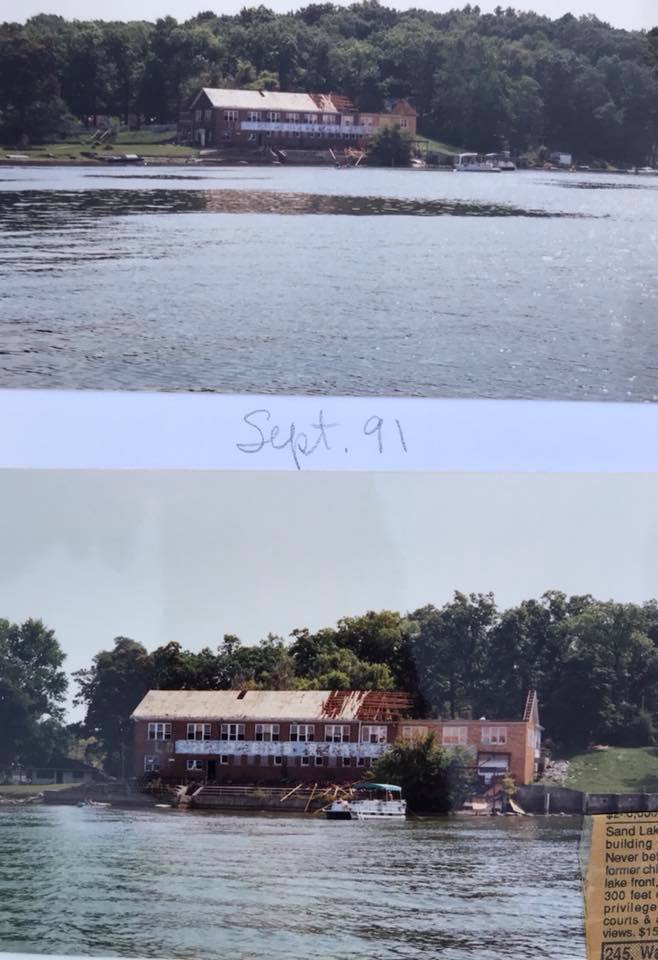 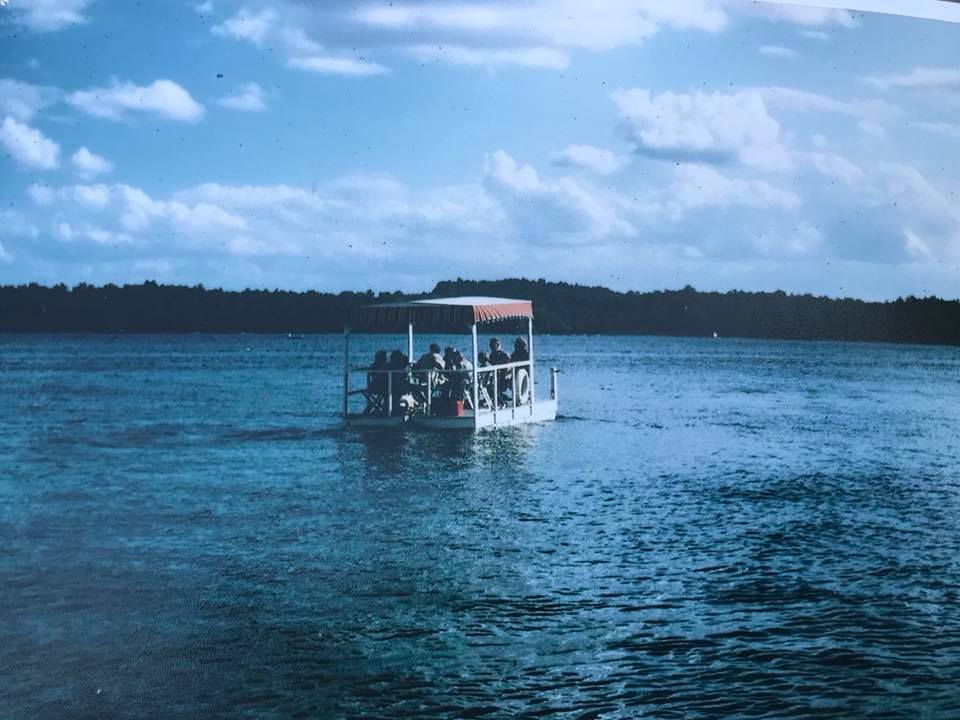 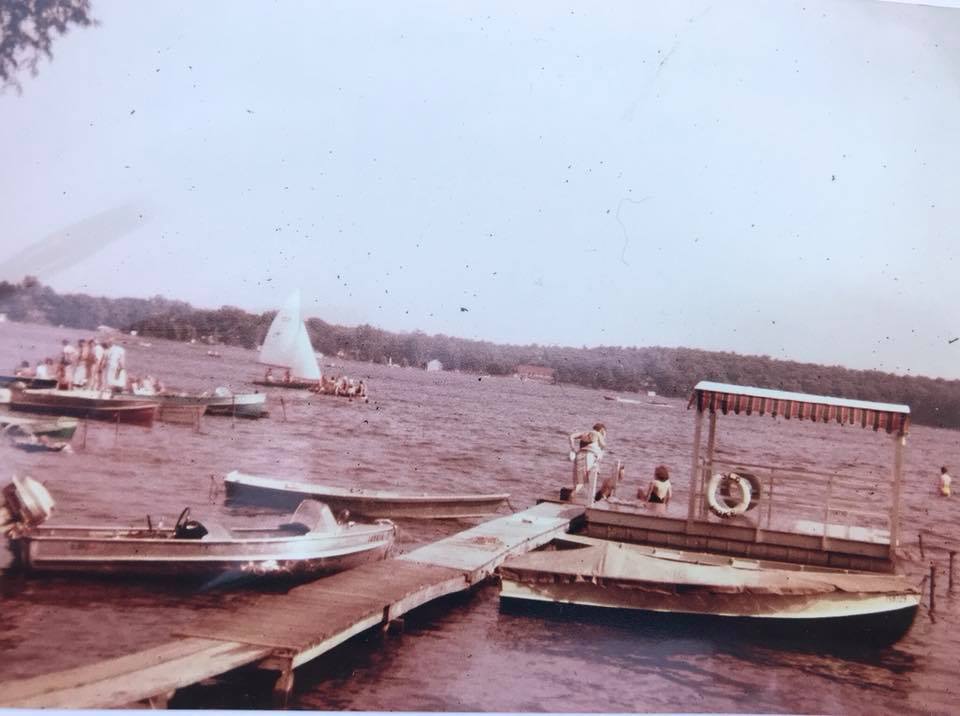 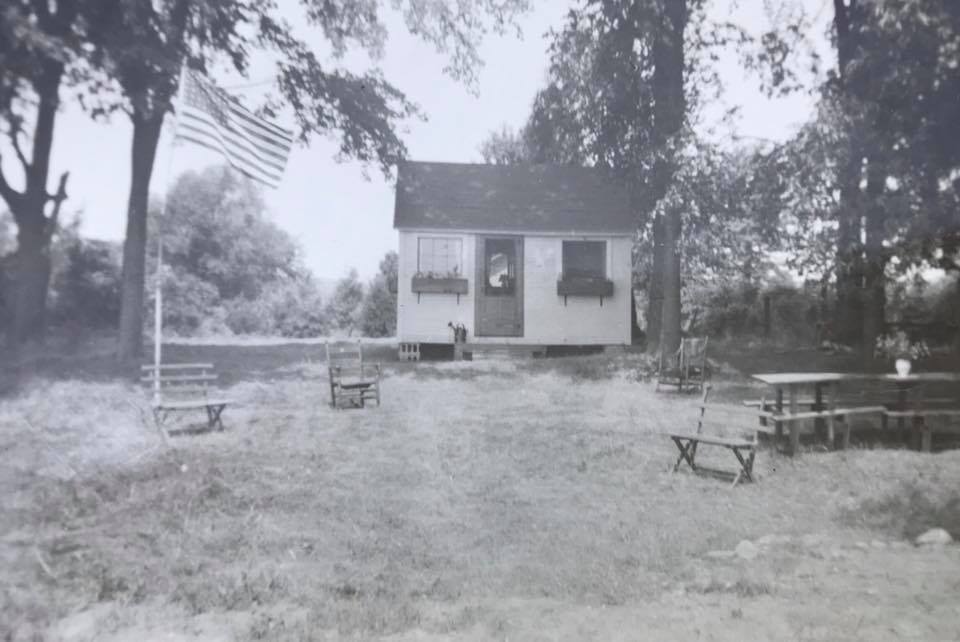 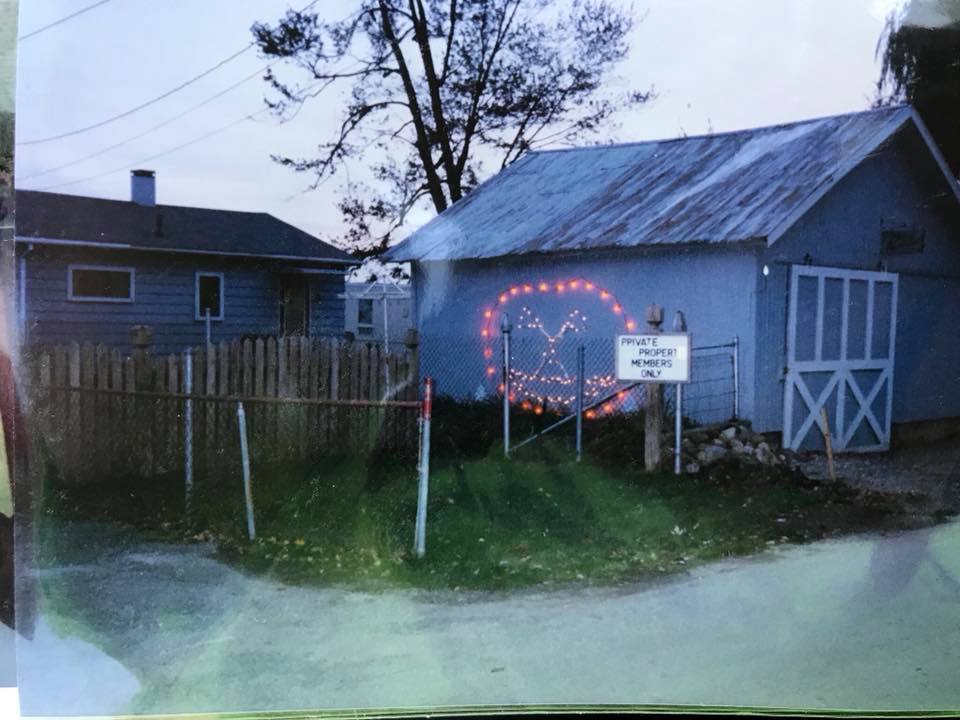 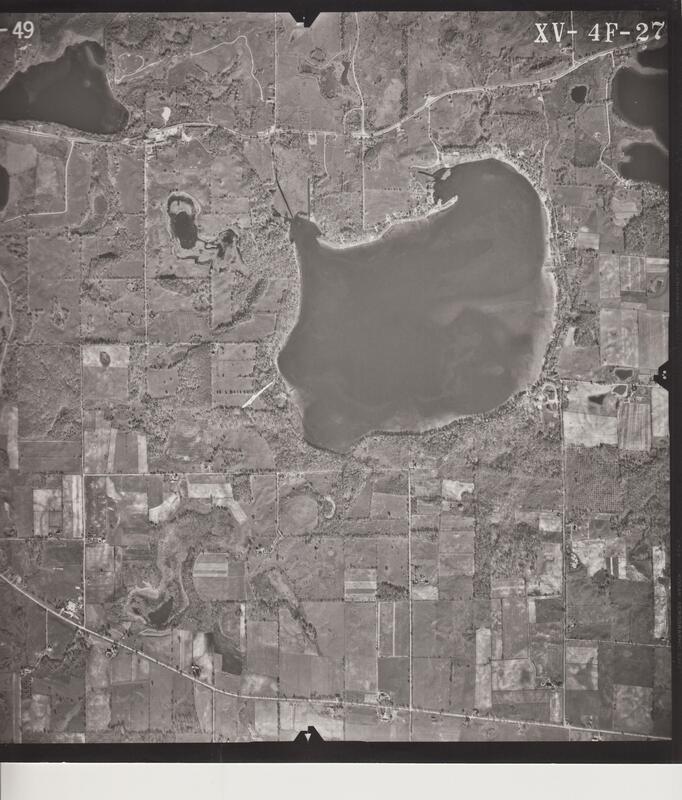